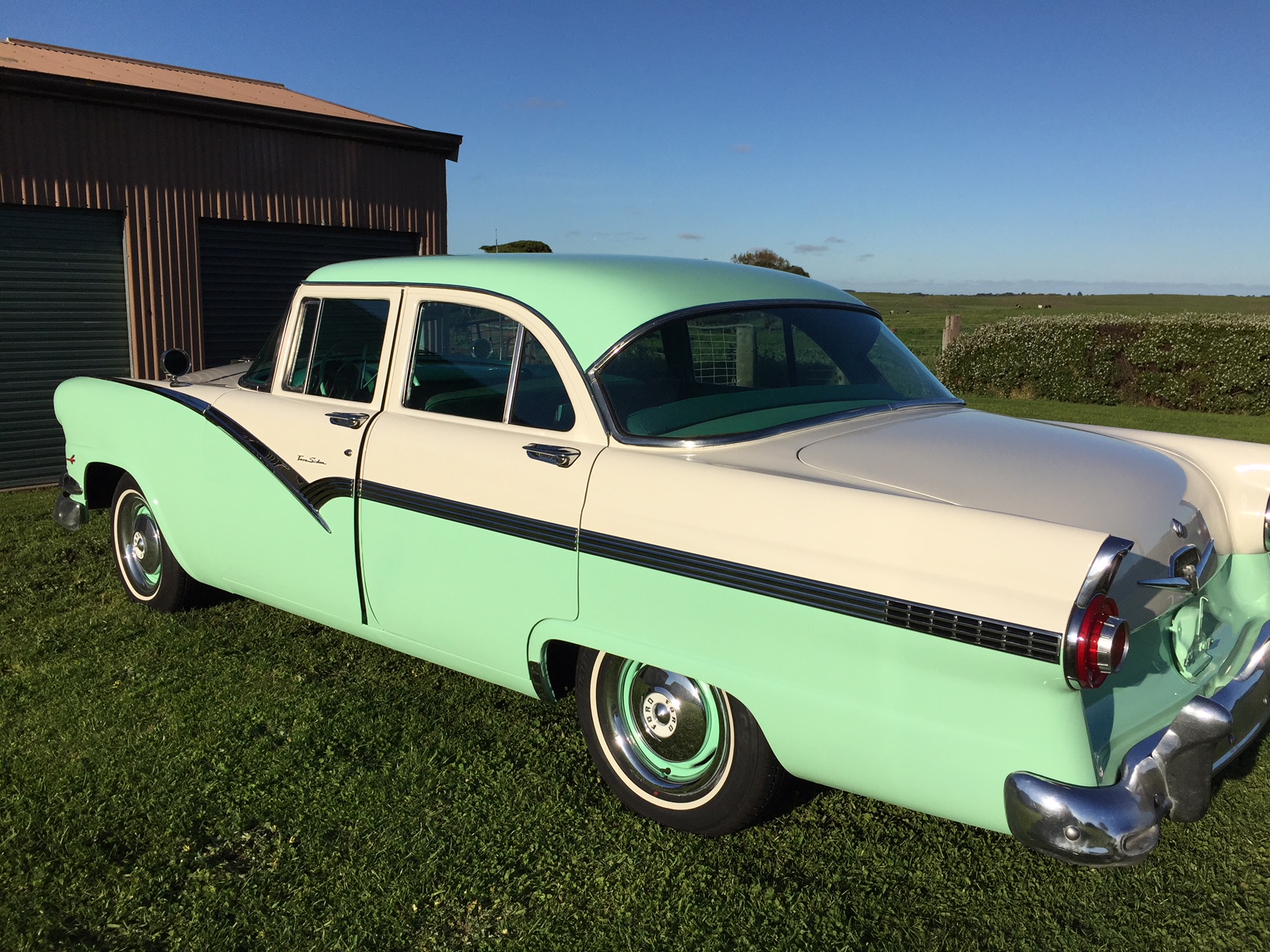 The provision of our own Clubrooms was discussed off and on for most of the early life of WDHVC. The driving force was Alan Tampion. At his suggestion any spare money, from time to time, was invested in a special fund for such a purpose. It was felt that as well as giving WDHVC a permanent home and removing many inconveniences, the clubroom project would benefit members by giving them a goal to strive for.

In five years the Club used four different premises for meetings. After beginning with meetings in the CWA Hall in Kepler Street, meetings transferred to the Education Centre in Hyland Street in July 1976. Our next venue was the Warrnambool Primary School staff room.

During December 1978, Alan heard of a project in South Warrnambool whereby the old Anglican church was to be moved onto an adjacent block and sold.

The amount of $11,000 was to be covered by a deposit of $1,100, the $740 profits from the Murweh exhibition, plus $1,300 which was finally raised from debenture sales. The rest would be realised by a loan from the State Bank of Victoria. By November 1979, more than $5,500 had been raised for the Clubrooms. The auspicious event of the final loan repayment occurred on August 31 1984, and the Clubrooms became “ours”. Some of the means of raising funds for the purchase and renovation of the Clubrooms included: Paper Sales from newspaper collection, Catering for rallies and displays, Rallies, Display days, Donations to the Club for use of member’s cars at weddings, Raffles, Auctions, Linen Party, Sale of bricks for toilet, Debenture sale of 26 @ $50. Several major raffles contributed to Clubroom funds. Debenture holders were repaid $350 in December 1987, and a further $200 was repaid in May 1988.

Some of the members declined to redeem their debentures and the remaining debentures were paid out the following month.

By May 1979, when the Transfer of Title came through, the building had been positioned on its present site. Francis Gore graded approaches and the driveway to make the area accessible. In June, things really began to move when a working bee installed new roofing and spouting on the southern side of the building, while the floor levels were reduced from 4 to 2. At this time Mr G Leishman donated two paintings of early scenes around Warrnambool.

On Sunday July 29 1979 the foundations were dug for the new toilet block. To brighten things up, fluorescent lights were installed on October 1979.Brickwork began on the toilets in November 1979. On August 9 1980 the toilet doors were fitted and the final plumbing work was completed. At a working bee on March 1 and 2 1980 weatherboards on the hall were replaced and repaired with materials donated by Bert Dunn.

The driveway and car parking area were sealed by Colin Williams the following month. The clubrooms were officially opened by the Mayor, Cr Bob Barham, on Easter Saturday 1980, and to celebrate this achievement an Open Day was held on Sunday May 4 1980.

With the aid of a $550 Federation grant, the floor was made into one level on July 4 1987. Jack Brittain and several other members then sanded, stained and sealed the floor to bring it to its present state.

On looking back over those many, many working bees, those who attended had wonderful fun-filled times even though the work was long, tedious and exhausting. There have been numerous funny happenings which participating members can look back on with enjoyment. That which was achieved was significant and, apart from the physical improvements to the project at hand, the comradeship of those many members working on a common task made it all worthwhile. 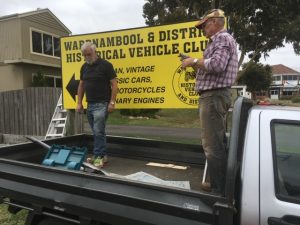 The Clubrooms in Coramba Court had served us well for the past 30 years, with total memberships of around 80 and attendance at general meetings averaging 20-25.

In 2013, modifications to the VicRoads Club Permit Scheme (which enabled a cheaper registration fee) simplified the use of vehicles by introducing a more ‘user friendly’ Log Book system, which resulted in steady increases in memberships, in addition to general population increases. The Scheme already allowed for an annual registration fee of about 1/10th of the full fee, and for members who rarely used their vehicles, and more particularly those owned more than one vehicle, this was a significant cost saving. The revised Log Book scheme, applicable for vehicles older than 25 years, eliminated the need for drivers to obtain a permit, pre-signed by the Club Secretary for each outing, (other than gazetted Club outings). One pre-requisite to the Scheme was that only members of an approved vehicle Club were entitled to the cheaper registration, and by the year 2015, our membership was approaching some 400 members! The popularity of this revised scheme meant increased membership, resulting in greater attendances at General Meetings and before long, the Clubrooms had become outgrown, we just couldn’t squeeze in any more !

It became clear that larger Clubrooms were needed and Roy Begelhole and other visionary members looked at various options, which included expanding the existing Clubrooms, a new construction on vacant land, conversion of a residential dwelling, and sharing with an existing Club or a organisation. In the meantime, we temporarily hired a room initially at the Archie Graham Centre and then at the Dennington Bowls Club for our monthly meetings, and while this lasted for 5 years, the Club did not want to be rushed into a decision. How fortuitous it was, when in late 2016, we were approached by a local agent to tell us that the former Allansford Veterinary Clinic, at 134 Ziegler Pde had come onto the market. The wheels were then put into motion, as the site, and the building was near perfect for our needs. Our outgrown Clubrooms were put on the market and were sold on 23rd February 2017. Five days later, on 28th, a sub-committee signed up to purchase the freehold at Allansford, with majority support from Club members. The 5,600 sq. metre site had an existing building adequate for our needs, room for substantial shed space, plus an area for parking for at least 100 vehicles, on site.

Under the guidance of our Club President Ian Chislett, a Project Sub-Committee  was formed, with Doug Byron as Chairman, Harry Droste as Supervisor and Murray Murfett as Secretary. Plans were drawn up, Council Planning & Building approvals were granted, Grants and donations totalling $45,000 were received from Philanthropic Trusts, local businesses and Club members, and we were well on the way. The Club undertook to provide as much labour as possible, and all up, 4,500 hours were contributed from members, and friends of the Club, over a busy period of just 30 months. The modifications and upgrading of the former veterinary clinic resulted in a ‘fit for purpose’ clubroom. A great effort!

Then on 27th October, 2019 the new Clubrooms were officially opened by former Club President, Ian Chislett, with the current President Ken Perrett, officiating.